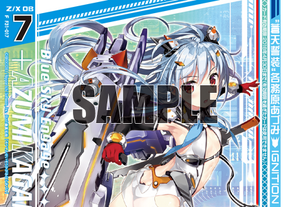 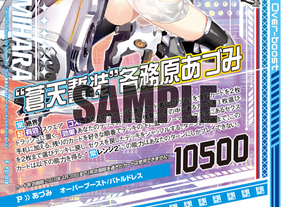 Z/X Overboost (ゼクス オーバーブースト Zekusu Ōbābūsuto) or Z/X OB is one of the card types in Z/X -Zillions of enemy X- TCG. They debuted in Booster 24: Code:Engage - Evolution Connect.

Since Z/X Overboost are comprised of two cards, it simultaneously possess all parameters from both its upper and lower part while in play. Each part possessed their own specific parameter. A face-up upper part of Z/X Overboost in Dynamis, for example, does not count for Level ability since the parameter for Tribe is only possessed by the lower part.

For the list of all cards with this card type, see Category:Z/X OB.

Z/X Overboost can appear on Square by performing the following steps:

All ability and effect possessed, given, or applied to the original Player card will be lost and not carried over to the resulting Z/X Overboost, and vice-versa.

While Z/X Overboost is on Square

The following condition applies to player that control a Z/X Overboost on Square: