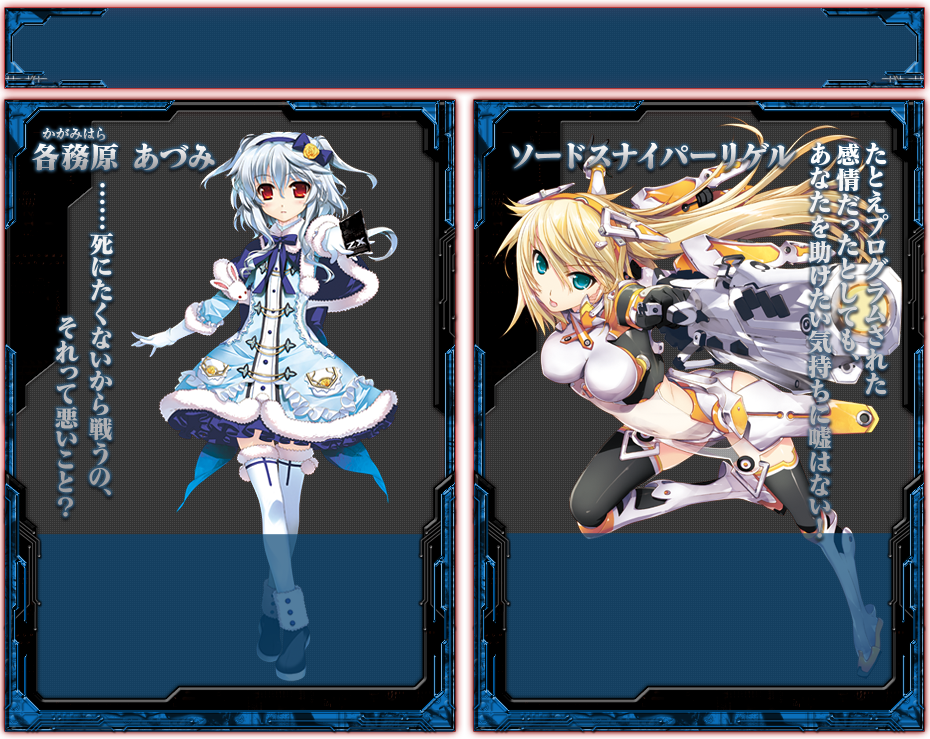 Azumi Kagamihara (各務原 あづみ), Female, 14
A girl that was on the verge of death due to an unknown disease. Her life was extended with the help of the Blue World's technology and in exchange she has to fight together with the variants against the other worlds. Her shy character gives her the feeling of an adult that does not talk much. As her daily life is so near to death, her attachment to staying alive is much stronger than anyone else.

Sword Sniper Rigel
Race: Battle Dress
A cyborg send by the Blue World to monitor and fight together with Azumi. She behaves like a friend to Azumi, but that is part of her programming by the Blue world to make Azumi cooperate with her. Rigel is slowly gaining her own feelings and starting to fight for Azumi.

Retrieved from "https://zxtcg.fandom.com/wiki/Azumi_%26_Rigel?oldid=15323"
Community content is available under CC-BY-SA unless otherwise noted.