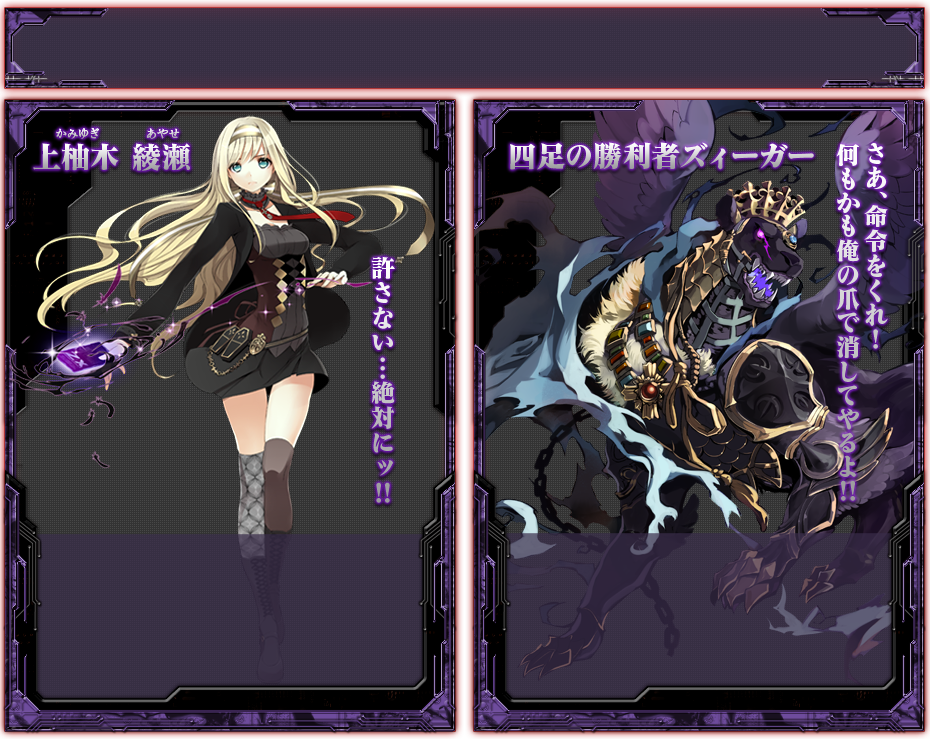 The Black World
A future ruled by the notion that death is out of control. Nothing takes a higher priority than death, as a result of the continuous killing the world is on the verge of extinction.
illustration：吟
Ayase Kamiyugi (上柚木 綾瀬), Female, 16
Half Japanese and half German. Her parents were brutally murdered by White World's angels, for revenge she enlists in the help of the variant Black World. Because she suppresses all other emotions other than revenge, she gives the impression that she is always cold. Occasionally, she shows a face appropriate for a girl her age.
Quadruped Victor Zieger
Race: Predator
A construct from human speech, the black panther is a captive of the Black World's "Death". It is being used as a tool by Ayase to satisfy her desire for revenge by slaughtering it's own kind. It is very war-like and harbors a desire to fight against various opponents, as such, it is dissatisfied with Ayase's aim of only the White World's angel. It enjoys making fun of the straight-laced Ayase.
Retrieved from "https://zxtcg.fandom.com/wiki/Ayase_%26_Zieger?oldid=8618"
Community content is available under CC-BY-SA unless otherwise noted.